I’m on a boat with no paddles and the current is taking me ever further along the winding river of mental training. There will be bumps along the bank, and there will be rapids that will make the goings rough, and there will always be an ever-present possibility of capsizing. Such is the way that the river runs.

And yet, it’s becoming seamless. I don’t need paddles. The river itself is taking me where I need to go. I’ve committed myself to this river. I’ve committed myself to seeing this challenge through to the end. Every mile is another mushroom and I collect them like tokens that unlock a piece of the mental stranglehold my food aversion holds over me. Just the act – the process – of putting one foot in front of the other, of rising to the challenge each day and putting it behind me is making it easier. 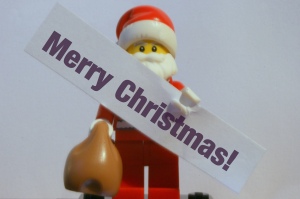 For the eating of today’s mushrooms, I was in public. I knew it was a risk. I could end up making a scene. I could end up vomiting over my co-workers dinners. I could ruin Christmas. I knew this was all a possibility. I also knew that it was a slight possibility. The only mushrooms being served were fresh, whole, uncooked white mushrooms. The fear rose up as I stabbed my fork into the first one. No one is watching. Don’t wrinkle up your face. Don’t give it away. I bite into it. I’m focusing. This has to go well.

The mushroom doesn’t seem to be made of rubber. Instead, it is surprisingly easy to eat. It tastes earthy instead of dirty; the texture is interesting instead of vomit-inducing; it seems almost juicy in a fresh sort of way instead of a fungus-secretion kind of way. I eat them all easier than many of the previous days and I can’t help but wonder if it is really happening… if I am actually doing this, if my brain is being rewired and success, all of a sudden, seems possible. As if it’s not just about tolerating the mushroom and controlling my gag reflex, but that I might actually want to eat mushrooms.

But then I think of the pan of simmering, saucy shrooms and I grimace inwardly. Today was an easier day. Tomorrow may not be. I am still a work in progress and the way the mushrooms are prepared plays a very important role in how I engage with them. Nevertheless, it’s starting to seem that the current itself is carrying me along and I’m just going with the flow.